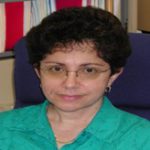 Study role of xylazine, “anestesia de caballo” in maladaptations of the reward brain circuit which is targeted by drugs of abuse.

Substance abuse is one of Puerto Rico’s most compelling socio-medical problems. Several years ago a substance, xylazine, known on the streets as “anestesia de caballo”, began to be used as an adulterant to heroin, one of the major substances of abuse in Puerto Rico. Xylazine is currently approved only for veterinary use for its sedative and analgesic effects on animals like horses, dogs, etc. (1). A report in 2014 by the Puerto Rico Institute of Forensic Sciences provided a comprehensive review of literature in which they described, among others, the fatal cases associated with the use of xylazine as an adulterant of recreational drugs (2). The article highlighted the lack of information of how this combination is affecting the health of intravenous drug users. The long-term objective of our research is to fill this gap of knowledge by designing and studying an animal model of addiction to decipher if xylazine is addictive, why its combination with heroin is preferred by its users and finally how it is contributing to maladaptations of the reward brain circuit which is targeted by drugs of abuse. We have preliminary evidence that demonstrates that xylazine alone can significantly alter the electrophysiological parameters of layer V pyramidal cells in an ex-vivo preparation of rat brain slices.